The following describes the structure of a pep talk given recently by the director of a nonprofit center.

The occasion: an impending deadline

The audience: most of the 50 or so employees working on a project of particular importance to the future of the center; average age, 21

Time of the talk: 9 p.m. — significant, as convening for this talk requires something of a sacrifice on the part of all in attendance, which will be a theme of the talk

I. The speaker discusses her individual history with the project; she is its founder.
Effect: This ethical appeal garners respectful attention.

II. The speaker shares a) some common misconceptions of the team she assembled for the project at its outset (including employees in attendance at the pep talk) and b) her refusal to subscribe to those unflattering misconceptions.
Effect: The speaker’s credibility is reinforced in light of her faith in her team.

III. The speaker discusses the broad cultural implications of the team’s work, framing such work as a social responsibility.
Effect: The team members are essentially asked to set aside complaints or misgivings in light of the long-term value of their work — should it be completed on time.

IV. The speaker reminds the team of their deadline and describes what is at stake in failing: essentially, the future of the center.
Effect: This is a bit of a scare tactic, although it apparently does not distort the truth of the predicament.

V. The speaker shifts to a rundown of the project’s accomplishments to date.
Effect: The emphasis shifts to the team’s capability.

VI. The speaker describes for the team what they stand to gain in meeting their deadline: professional survival and the satisfaction of having made a worthwhile contribution to society.
Effect: The mood continues on an upward swing.

VII. The speaker presents statistics on similar projects’ impact.
Effect: The team revisits the value of their work, finding solidarity with others who have worked to see similar work come to fruition, possibly under analogous pressures and constraints.

VIII. The speaker closes by reiterating the deadline but in varied terms — the number of remaining days against the number of tasks to be completed.
Effect: Having been reminded of the value of their work and inspired to reach their utmost potential, the team now regards the deadline as a challenge rather than a symbol of their professional demise.

The team returns to their workstations inspired anew to succeed. 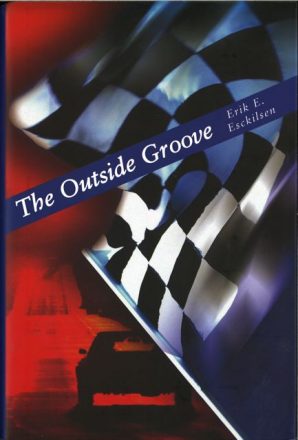 Book trailer for “The Outside Groove” — now available as an e-book!